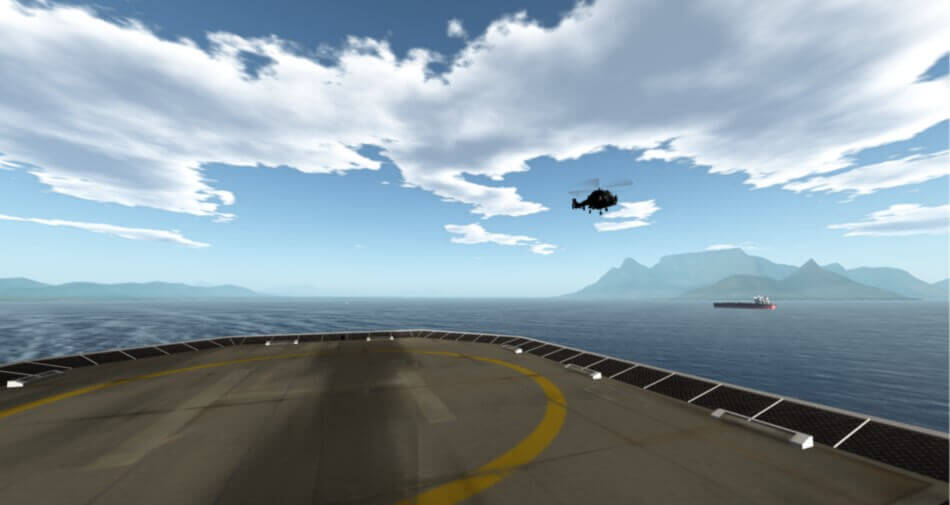 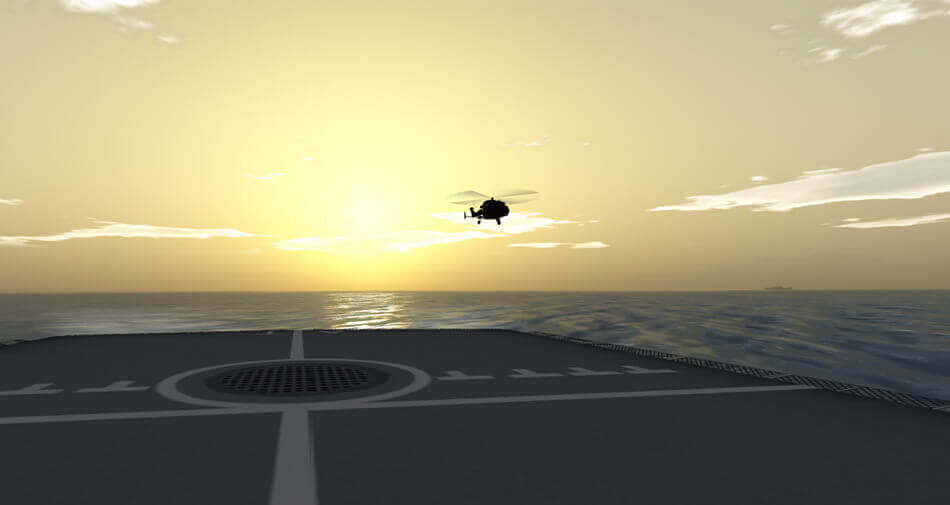 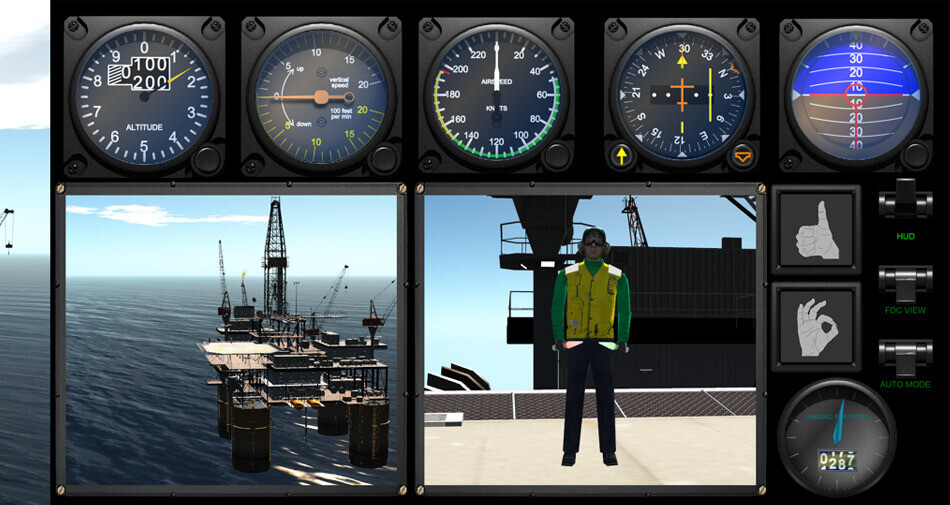 Cybicom Atlas Defence (CAD) is proud to announce the launch of our Helicopter Flight Deck Trainer (HFDT) prototype which was demonstrated at AAD 2012.

The HFDT is a flexible modular system that can be supplied in various levels, from a simple, portable, desktop trainer to a multichannel, high-performance tracking system that can accommodate multiple trainees and provide full 360o high-fidelity simulation with full environmental simulation, including sound, wind and heat.

The system can use a basic helicopter model controlled by the instructor, and can also be integrated with a range of COTS helicopter simulator packages. Cybicom Atlas Defence can also integrate the HFDT package with other simulators to provide a wider range of training capabilities. To demonstrate this, the HFDT was linked to its own periscope simulator (PSIM), enabling a “submarine captain” to watch the helicopter operations abroad a frigate.

The company has also developed a man-portable, multisensory stimulator and emulator for use in testing and evaluating electronic sensors and warning systems, and a submarine combat system engineering testbed for the Navy.