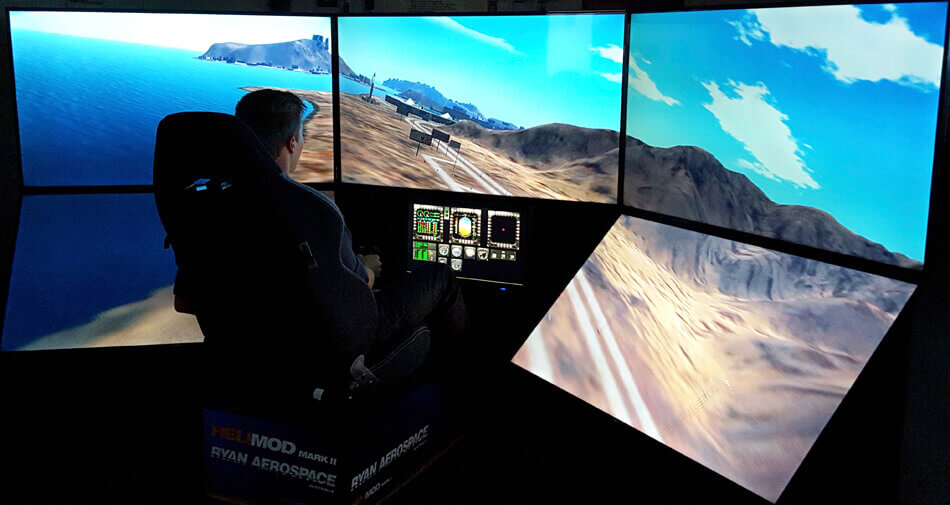 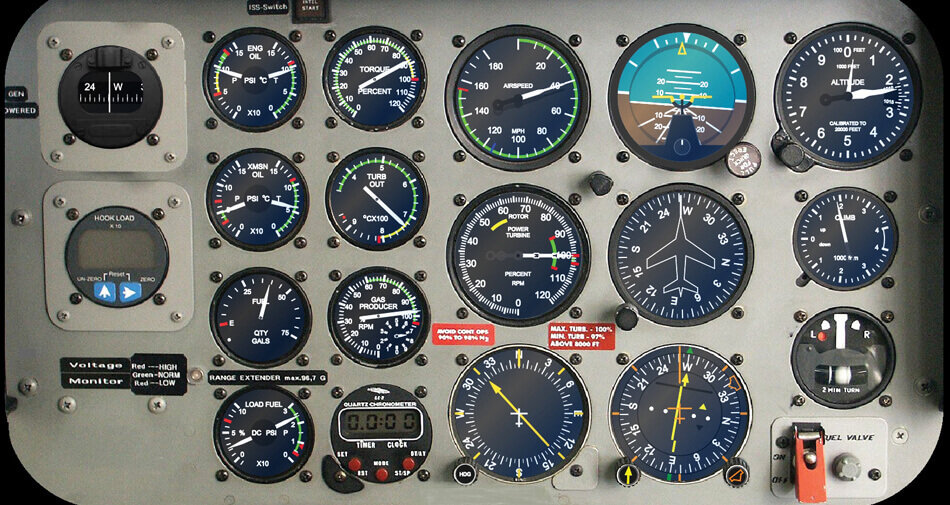 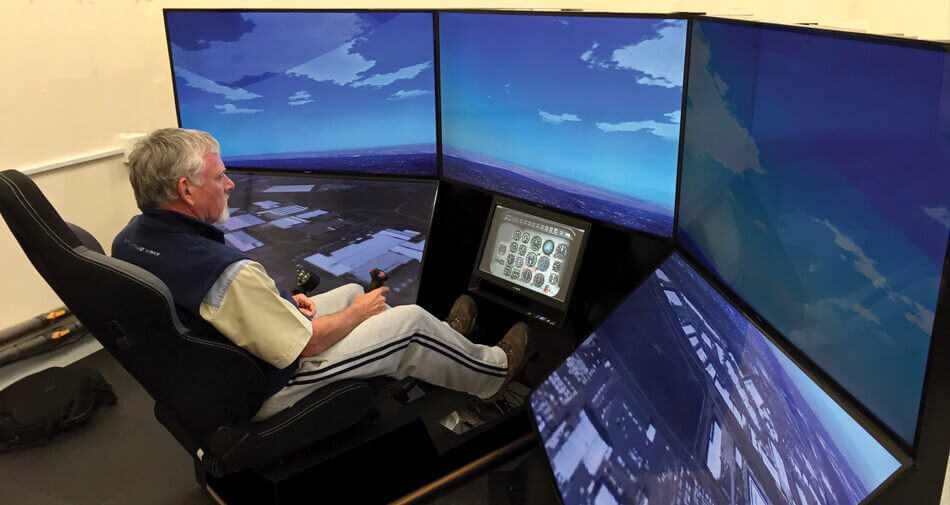 Cybicom Atlas Defence (CAD) and the Council for Scientific and Industrial Research (CSIR) have jointly developed a cost-effective Helicopter Flight Trainer with applications in the commercial and defence sectors. The development was born out of the Aerospace Industry Support Initiative (AISI) for the industrialisation of a rotary-wing aircraft simulator.

The main platform comprises flight controls (cyclic, collective and anti-torque pedals), a pilot seat and a visual system. The design of the visual systems is based on three units that are easily transportable, while providing a pleasing aesthetic with adjustable mountings and hidden cabling. This allows for the use of 5 large screens providing forward and downward views suitable for flight training and landing.

This simulator implements distributed simulator capabilities making it capable of joint operation with the CAD’s Helicopter Flight Deck Trainer and other Simulator Products.

The simulator is designed from inception with the ability to quickly and easily interchange modules and components to replicate a particular aircraft. The Bell 206 has been selected as the default configuration, as this is a popular civilian, single turbine helicopter seen as a primary turbine conversion trainer. This can be customised to any desired aircraft.

The simulator focuses on high-fidelity rotary-wing flight dynamics allowing for the simulation of rotary-wing aircraft with either rigid or flexible blade models and driven by either turboshaft, advanced turboshaft, or by a user-defined performance engine:

The simulator allows for many physics-based models that can be deployed or replaced programmatically to bring realism to your training application, including but not limited to: