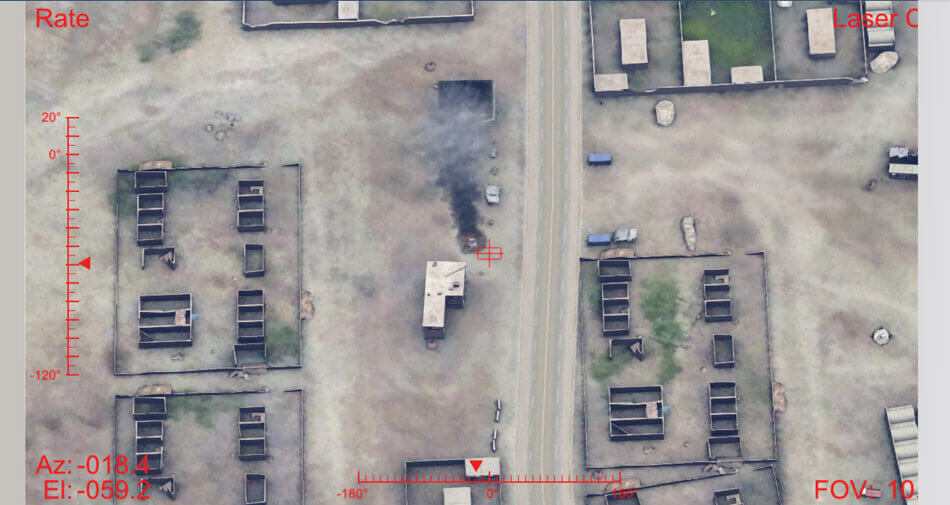 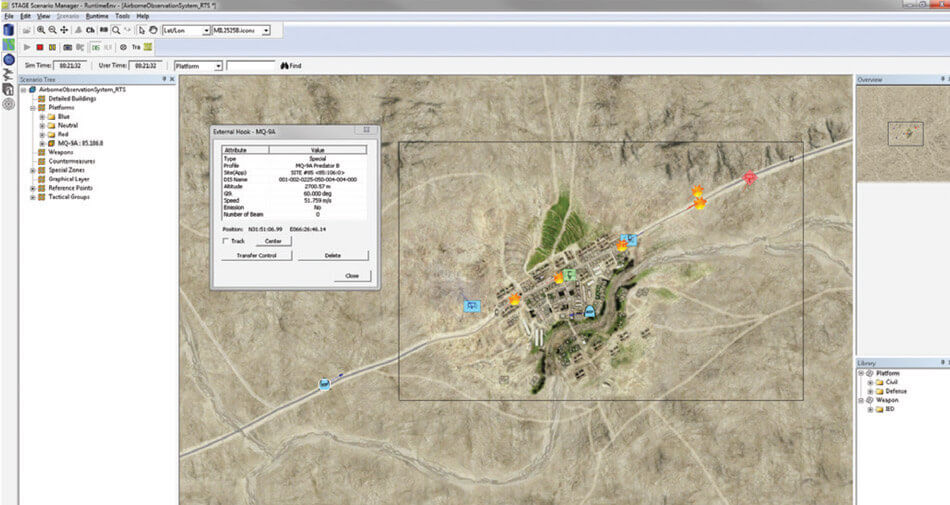 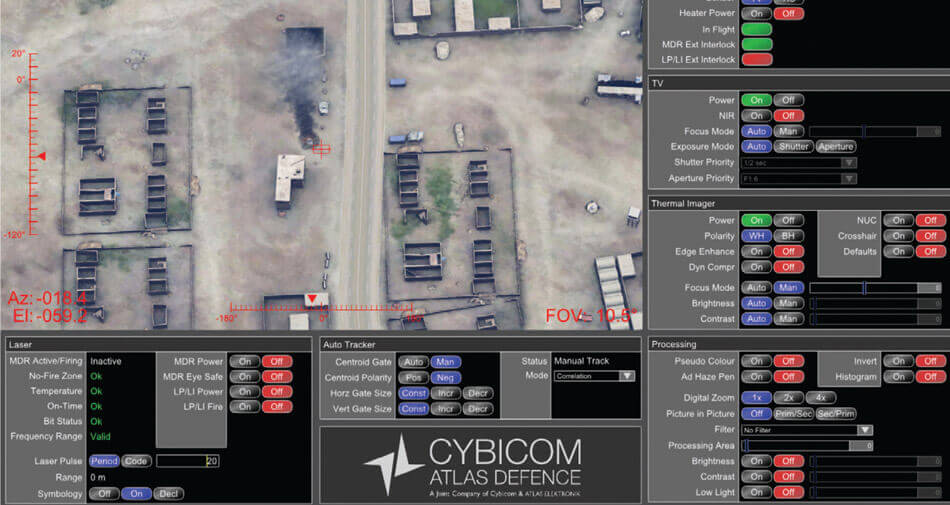 The Airborne Observation System Simulator provides a flexible, COTS based solution to airborne sensor operator training. A typical configuration would include scenario management provided by Presagis STAGE™ software as well as a pilot simulation module. For standalone training the pilot module functionality can be replaced by STAGE™. In this case control of the aerial platform may be done directly through STAGE™ using a joystick, or by using waypoint navigation.Waypoints may be defined in the scenario planning phase or adjusted during the running of the simulation.

The sensor operator view is a simulated high definition view from the television camera or thermal imaging sensor. The view may be adjusted in focus, brightness, contrast and other settings as determined by the sensor assembly.

The sensor view is dependent on the position and motion of the aerial platform. Joystick input allows the sensor operator to direct the view within the limits of the simulated sensor while having to adjust to the dynamic motion of the aerial platform. The module also includes auto tracking, laser range finding and laser designation controls. An overlay provides feedback on the azimuth and elevation of the assembly, as well as various status and system mode information.

Standard simulation interfacing standards DIS and HLA are utilised for module integration and allow the simulator to be included in distributed training environments.